Part II speaks directly to the article in question. Note: in this post, I am replying to the article, and so I am assuming married (and divorced), heterosexual households, because that is what the author of the article wrote about. 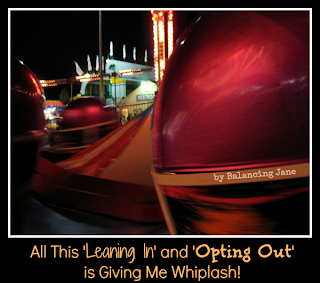 First of all, Ms. Read’s situation sucks. It sucks! She asks for no sympathy, but she gets it from me, nonetheless. She and I became stay-at-home mothers just about the same time, and there seemed to be a push for (and push back against, because anything surrounding motherhood tends to be controversial, it seems) for middle class moms to stay home. And there were other moms like me, staying home because it made the greatest sense financially.

I do not argue her outcomes or even what she is suggesting. For a lot of women, especially in this current economic climate, staying at home does not make sense. For women like her, who have stayed home only to find themselves in her position, it is a terrible wake up call to the realities of our capitalistic, patriarchal society. However, I think her solutions, while valid, are too individualistic. We must also fight for structural change. 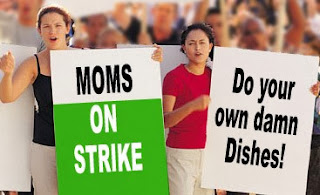 While studying for my qualifying exams, I continually returned to an article written in 2001 by Budig and England . In writing about the motherhood penalty, they state that pretty much all of society benefits from a mother’s work. Husbands, of course, but also teachers, employers, and the general public are all free riders. This is because when a kid is raised in a caring environment, he or she is more likely to do well in school, turn into a productive worker, and be a good citizen and neighbor. This is definitely not a one-to-one input-output model, as there are other factors, of course. But kids who have strong family environments tend to do well in other areas of their lives. That is the first part of Budig and England’s argument.

The second is this: women are pretty much the only ones who pay for the benefit that everyone enjoys. Although the proverb states that it takes a village, the reality is that the entire village benefits from a mom’s disproportionate investment. 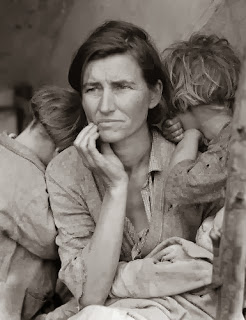 Budig and England argue that women do the bulk of child rearing, have lower wages on average, and are more likely to reduce or eliminate their source of income when kids come along. Granted, the man in the household may pay as well, in the form of decreased family income. However, the man often compensates by making more money in his job. Since his wife is doing the housework, this frees him up to pursue his work goals.

In fact, a new study by Cha and Weeden (2013) finds that a large part of the wage gap can be explained through overtime. Men put in more hours in paid work than women do. Why is this? A big part of it is that women are doing so much unpaid work at home that they don’t have the time or energy to do overtime, or they choose to work in fields that don’t require it, with the knowledge and understanding that there is stuff to do at home. I want to stress that there is nothing inherently wrong with this when a couple decides this is the best plan for them. 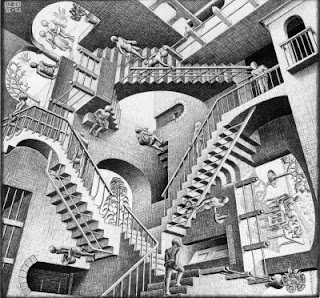 Image Credit: When Falls the Colliseum

The problem comes in when a society does not value women’s and mothers’ work. So, women cut back or stay home to care for house and family, which helps her husband move up in his career and helps society have nicer people. Then when she tries to go back to work, she is told, 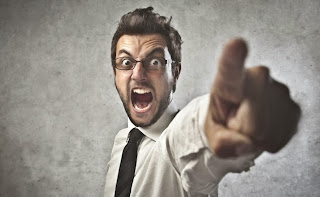 “You made these choices!” (Photo: Penn State Leadership).

And if she gets divorced, too bad. 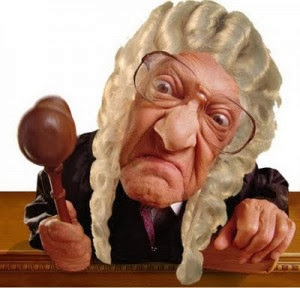 Should have thought of your career the whole time.

“Why should we have to pay for her choices?” the chorus goes. This negates the benefits “everyone else” enjoys at her hands.

My suggestions to “fix this” (haha!) problem are as follows:

There needs to be a national leave policy that allows men and women to stay home with their children for an amount of time. Sweden’s policy is awesome. There is a ton of paid leave, and some portion of it MUST be used by the father, or it is lost. With this policy, dads can be more involved with the child care and employers aren’t as likely to discriminate against women. When policies are maternity-only, companies may choose to not hire women or offer them less money, since the company will invest in the woman and then she may take an extended leave. In Sweden, everybody leaves.

Companies should work with women who are planning to stay home with their kids. I think this would mostly work for corporate jobs, not service, although there may be some factions of the service industry that could benefit. Think about this: if those companies set up programs that offered women partial work-at-home, offered continued training and networking events, had a mentor check in every few months, what would happen? Well, that woman is going to have stayed abreast of the field, and her contacts will be fresh. She will (may) feel a loyalty to the company, and would be cheaper than training a new hire.

There needs to be compensation for primary caregivers when a divorce happens. It is so wrong that a woman can give up so much of her own job potential in order to prop up a man’s career, and none of her work is taken into account. The man goes on to increase his earnings year after year, while the wife may start at ground zero, now saddled with childcare expenses and duties as well. We need to figure out a way to account for the caregiver’s share of current and future earnings. It is only fair.

Reform Welfare Reform. Many women are in situations like I was. Cannot afford good quality childcare. If they divorce (or never marry), the state ends up paying for childcare while the moms go off and work a crappy job. Why not allow these moms the dignity that I got, by caring for my own kids?

I would love to see some sort of exit or transitional counseling for caregivers who are planning to take time off. Again, I think this is more for people in corporate careers. Counselors could tell the mom (I will just insert mom, although this should be available for anyone) what the field might look like 5, 10, and 15 years from now. The sessions would offer advice on how to exit gracefully, how to stay connected, what parts of the job the mom should stay abreast of. Periodic check ins with this counselor would help the mom make sure she is staying on target. I think that a lot of moms leave with a really vague plan. They will stay home for now, and see how it goes. If moms had a clearer image of what potential paths looked like, the plan may be less vague, and fewer women might end up in Read’s situation.

Caregivers would do well to think about their careers while at home. In academia, certain types of service work are privileged over other types (guess what? The type of work women typically do is considered less valuable to tenure committees than the service work men do), and I think it is the same in the rest of the world. When women are home, they would benefit from devoting some of their time to volunteer work or training (college or otherwise) that enhances their resume. 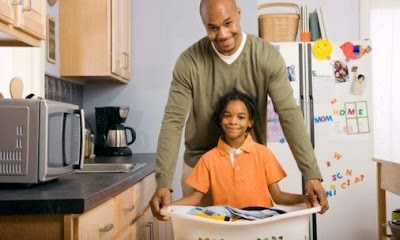 Men need to step up to the plate. When women stay at home, the assumption is that since she is there, she might as well also do all the cooking and cleaning. This makes sense up to a point, but sadly those old habits die hard. When the woman goes back to work, much of the work continues to fall onto the mom’s shoulders. Dads need to remember that caring for a little person is a full time job by itself, and it is a job with real value. Creating the next generation of humans is one of the most important jobs of all. So, men need to make sure they do their share around the house, and give their wives plenty of time to pursue activities to recharge themselves personally and professionally.When I say professionally, I mean the profession of motherhood as well as the paid profession the woman will reenter.

Authors, scholars, and policymakers need to stop assuming that middle class, professional households are the only legitimate ones. So much of the opting-out debate is strictly middle class, and we mustn’t forget that this is not a reality for a great number of American households.

These are just a few suggestions. I could go on, but I think this a good, incredibly optimistic place to start!

[…] That is my personal story. Read my more sociological perspective of the article here: Part 2 […]

For these I am grateful

Gender and the Media, Disney Junior