On Monday of week 8, The Dude and I were out running errands for our camping trip. We were hungry and worn out. We broke both our South Beach Diet and our no-spend day. We went to Jack in the Box. We tried to find something SB-y, but we got confused. Bargain won out over health. We bought into the 2 Jumbo Jacks for $3.
We also bought bear spray. It was recommended by my doctor, who had been charged by a bear at Glacier and her bear spray saved her life. Som precautions are worth the expense. 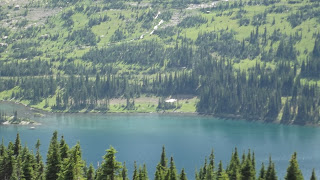 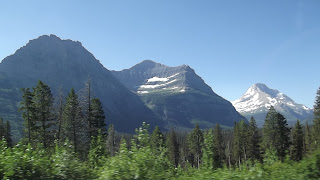 As I have said before, during vacations, we are going to spend, but we tried hard to mitigate the costs. We went with a friend, so some of the costs were split. We camped, which brought lodging down to about $10 a night. We rented a canoe for an hour instead of going on the cruises. We hiked instead of horseback riding, riding the red buses, or ziplining. Hiking is free.

The Dude got his shoes stolen from in front of the tent one night. They left the socks and had to tramp through areas of campers to get to us. We bought a new pair at Payless. After wearing they turned out to be uncomfortable, which is too bad because they are too worn to return. So that was $20 gone. We had to visit a thrift shop to get Magnus a pair of pants or shorts, since he packed only one pair. I bought an additional warm shirt for $1.50 and the Dude bought another shirt for $1 so that he had a shirt to change into for the tent, one that didn’t smell like cooking.  We spent $8 on a hiking guide the day after we got lost and walked a couple extra miles. As usual, food budget was huge. The trip was fun and overall, decently inexpensive for a week away. We took advantage of the beautiful surroundings, the ranger talks, and the night sky viewings. We learned that if you join your local astronomy club, you can often borrow really nice equipment for nothing.

Living life to the fullest

Out damn spot: On the drudgery of housework