Vaccination compliance has been in the news recently. According to journalists, whooping cough is showing up in places, kids are getting measles, stuff we thought were ancient illnesses and popping up again. Now there is concern about super-illnesses.

Vaccination discussions are an uncomfortable place for me. My facebook wall has been lit up on both sides of the aisle. I have been a natural living, homeschooling parent in the past, and thus have generated many friends who are uncomfortable with vaccines. I also have a lot of highly educated friends who are not yet parents (and some who are parents) and are appalled at the idea of not vaccinating. Branching out further, I see the debate raging in the comments sections of popular news sites.

I am not jumping into the debate (I will say that my kids are vaccinated, although they are a little behind schedule-they are also super healthy, as in rarely anything worse than a common cold). Instead, I would like to delve into the sociological perspective of non-vaxxers. I keep reading that these parents are ignorant, anti-science, and “lunatics.” Many of my anti-vaxxing friends really embrace science.

It is easy to vilify people when they are an abstraction. But many of these anti-vaxxers or selective vaxxers or delayed vaxxers are my friends. I have had thoughtful and rational discussions with them. I may not agree with all of their choices, but they are loving parents who did research before making this decision. Many are well-educated. So, why might they question vaccines?

Most of the people I know who don’t vaccinate their kids are gen Xers. Those who aren’t are people right on the cusp, either young Boomers or old Millenials. I am not saying that all of the anti-vaxxers, or even the majority of them, are Xers. Nor am I saying that the majority (or anywhere near the majority) of Xers don’t vaccinate their kids. I was simply noticing that most people I personally know who choose this path are in this age bracket. And it made me ponder if there are cultural forces that might be at work.

Gen X is my generation, so I can speak to where the skepticism comes from. I am not speak for Millenials who choose this path, and what I am saying will not ring true for every Xer that has wrestled with this decision. I just want to illuminate the reader on what the Gen X childhood was like, to shed some light on possible reasons for skepticism. Every generation has events that shape them. I want to write about some of ours.

Gen Xers are people born between the early 1960s and the early (very early) 1980s (some say it is the late 1970s). Our childhoods were shaped by Watergate, the Manson Family, John Wayne Gacy, the Cold War, and polyester.

When I was at the cusp of my childhood, the Halloween/poison apple and Tylenol poisoning scares were in the news. Everyone had to get their Halloween candy X-rayed, and drug store medicine had the potential to kill you. Many kids had divorced parents, and the kids were taking care of themselves after school. 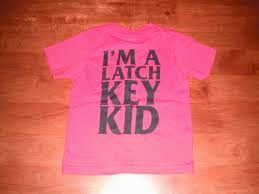 So, let’s analyze these facts. Before we were old enough to even understand it, we learned that our government could lie to us in a big way, and we couldn’t trust them. The next guy in line just pardoned them and went on with his day. Not nearly the satisfying recourse one might want. The Manson Family wasn’t anything we necessarily understood, but we knew that it was something scary and awful. Students who were protesting the war were gunned down by the National Guard. 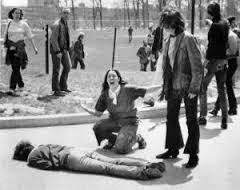 Tack the Jonestown Massacre onto the end of the decade, and you see that we were coming of age in a time when it became apparent that trusting leaders can be very very scary. John Wayne Gacy taught us that our suspicions were correct, clowns ARE scary. 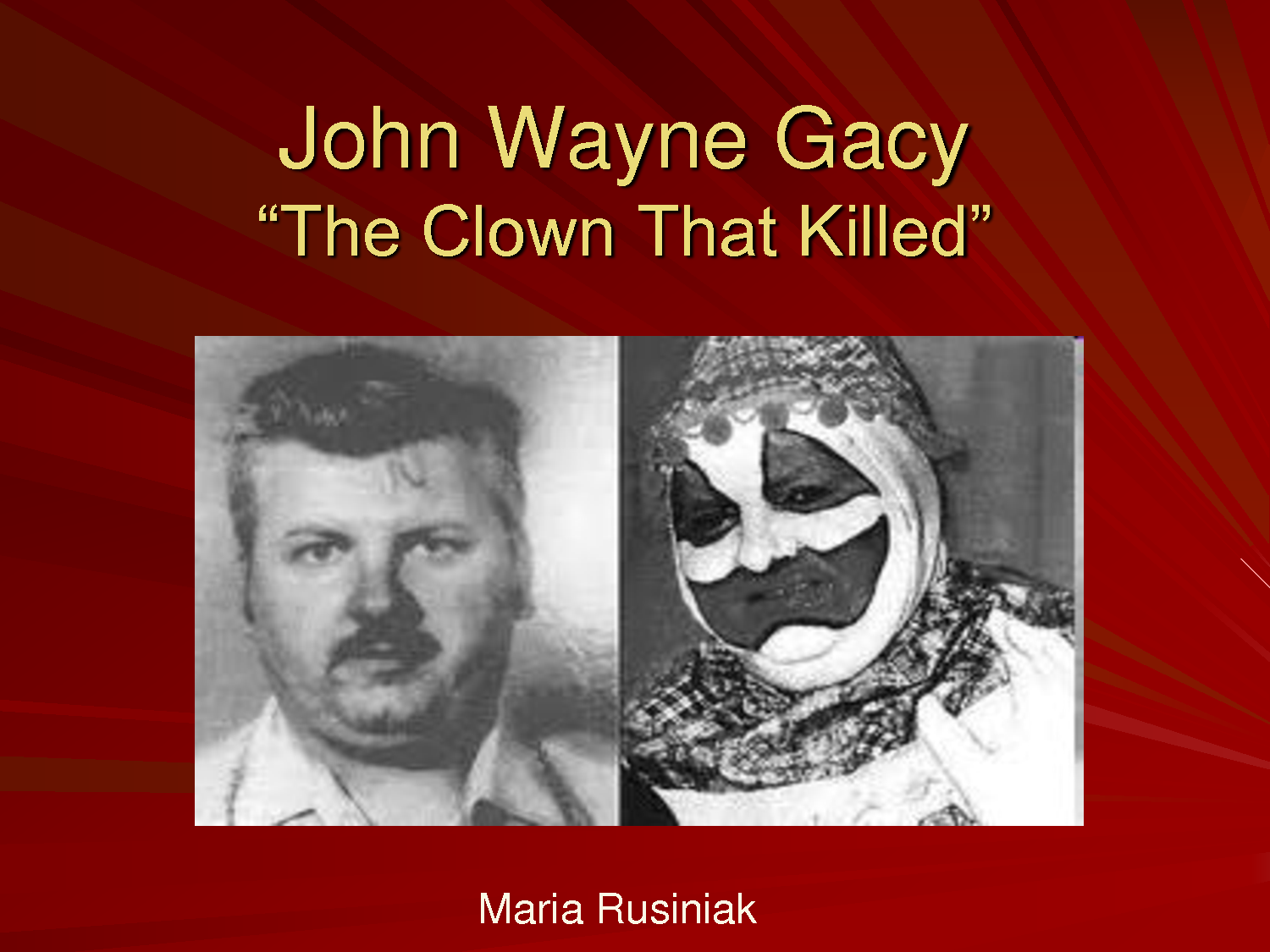 I think The Cold War is important in this discussion. It loomed with this-“We are all going to die soon, and no one will do anything about it (except Dr. Seuss). And, oh by the way, science can be used for death and destruction and isn’t always a positive.” And this feeling was coupled with the knowledge that our leaders could betray us. 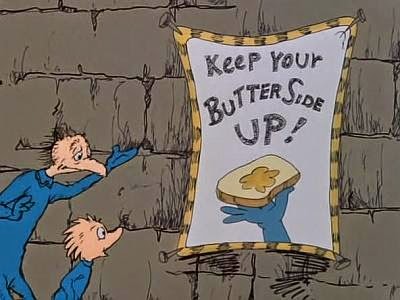 Well, we might as well shed our bad fashions and go blow off steam by trick-or-treating, right? NO!! Sorry kids, you know that nice old lady who lives down the street? Well, on Halloween night, she turns into a murderous villain who only wants to kill children, and never even needs to see the spoils of her crime. 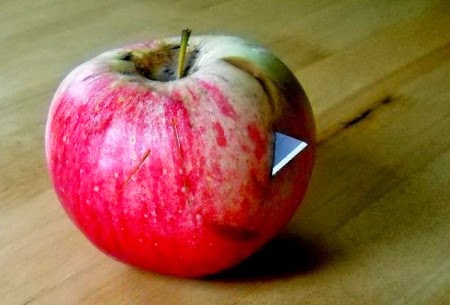 The institution of marriage went through a lot of changes in our childhood, with divorce becoming acceptable, and many middle class kids falling into a new single-mother-headed family, which often went hand-in-hand with economic instability. 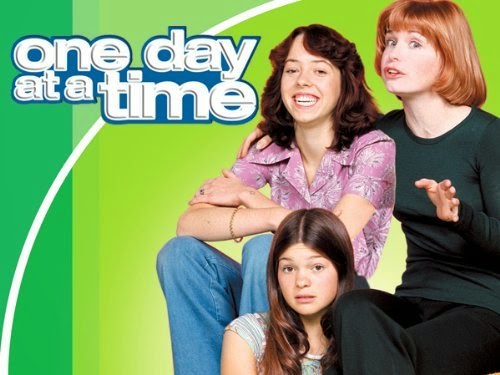 It is in this stew of uncertainty, change, and skepticism that we were raised. The kids before us had grown ups taking care of things (and yet a small but vocal portion of that population still found their way to rebellion, skepticism, and suspicion of science). The kids after us had parents to insulate the fears and they grew up in a much more positive framework, with more respect for authority than the previous two generations. I think we lived in this sliver of uncertainty and unclear boundaries.
Many were left with the feeling that questioning these things all fall into the same realm: antibiotic use,  fertilizers and pesticides, chemicals in household products, too much sun, flame retardant pajamas, CFCs, circumcision, governments, lobbyists, corporate CEOs, Pintos, medicated childbirth, disposable diapers, debt, commuting, EMFs, lead paint, handsome strangers, unsafe sex, asbestos, radon, tap water, nuclear waste, industrial waste, homemade drugs, lawn darts, and all manner of toys. None of these concerns are unique to Gen X, but they were the hallmarks of our childhoods, young adulthoods, and transition to parenting for many of us. Many of these examples were policies that received a stamp of approval by the government and scientists. Many of these policies also had strong corporate interests and profits tied to them.
To recap:  I am not siding with those who choose not to vaccinate, nor am I advocating one side of the debate or the other. I am simply trying to shed light on what factors combined to create a generation will to question. I believe it is more about questioning corporations than science, and it comes from a childhood filled with questioning, rebelling against authority and the status quo, and disappointment in leadership.

For these I am grateful

Gender and the Media, Disney Junior